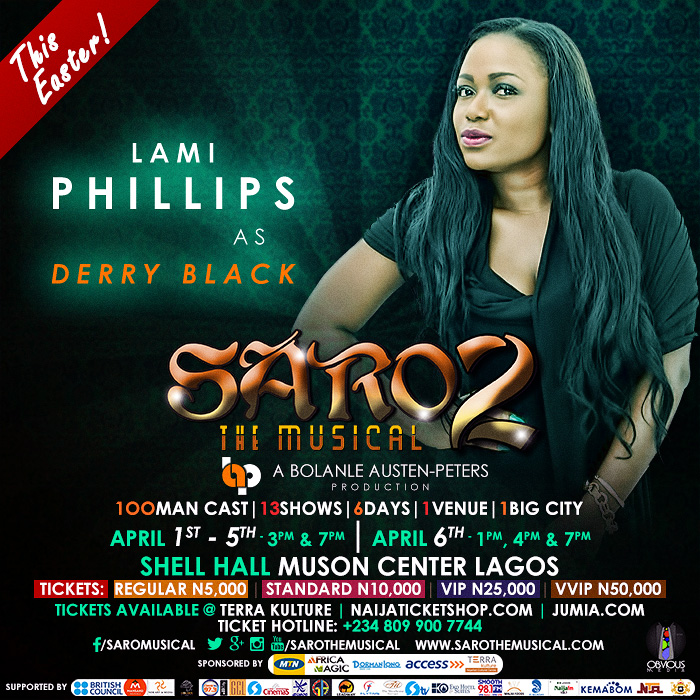 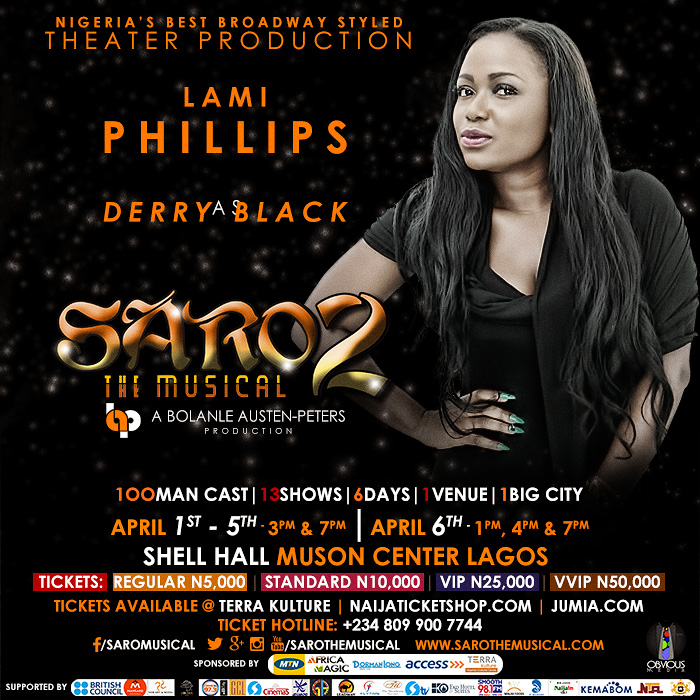 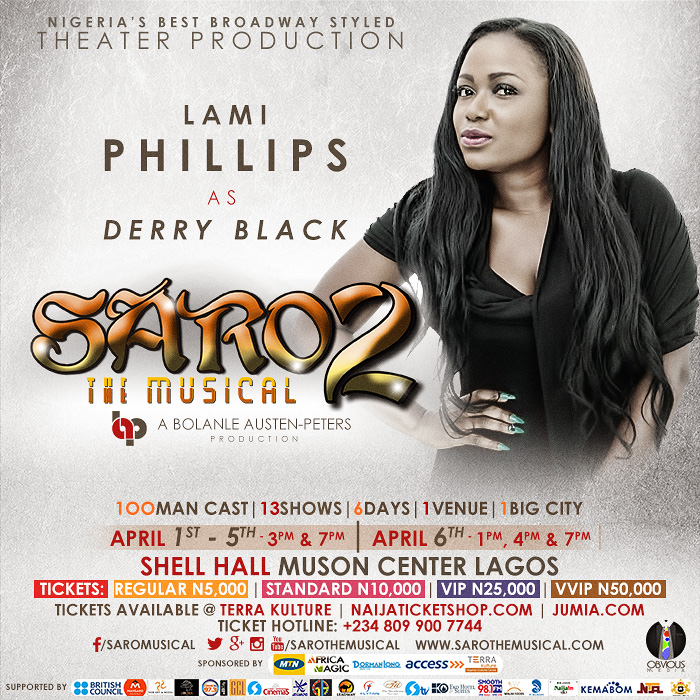 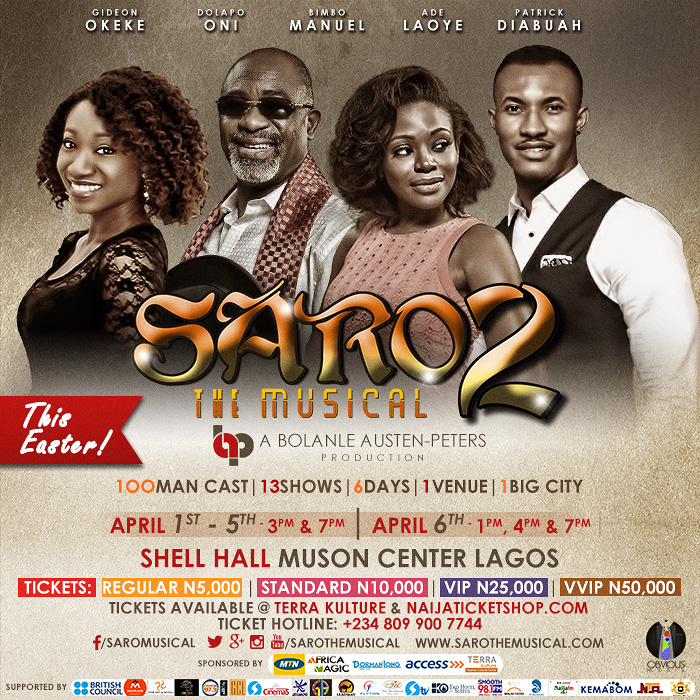 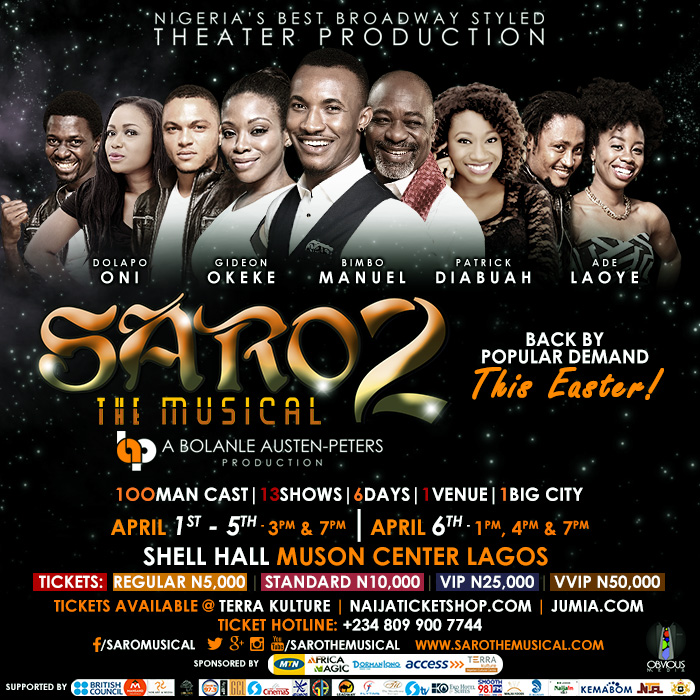 Lami Phillips is Derry Black in Saro 2 the Musical

Songstress Lami Phillips has joined the cast of Saro, The Musical 2; a special return of the critically acclaimed musical set to be showcased this Easter! From April 1-6, 2015.
Saro is a Bolanle Austen-Peters production returning this Easter, along with its talented 100-person cast and crew starring some of the finest talent in Nigerian theatre such as Lami Phillips, Gideon Okeke, Bimbo Manuel, Dolapo Oni, Patrick Diabuah, Ade Laoye, Paul Alumona and Paolo Sisiano in a showcase of music, dance, and drama.
Weaving together the trials, misfortunes, loves, and destinies of the foursome into a 14 act masterpiece, Saro tells the story of four young people who embark on a life-changing odyssey to Lagos with very little, but an abundance of hope and dreams, only to be duly reoriented by the experiences and people they encounter on their journey of self-realization. In this inspiring story of the journey to success in a harsh, unwelcoming city; Lagos is personified by numerous colourful and unforgettable characters, frenetic pace of living, and endless drama!”

“Having been in theatre and musicals outside Nigeria , I am so humbled to make a guest appearance on this platform with a veteran actor such as Bimbo Manuel and learn from the rest of the cast and crew,” says Lami about the experience.
“I get to perform one of my own songs as well and that’s exciting! The other lead roles played by Gideon Okeke, Marcy Dolapo Oni and Ade Laoye are so perfectly articulated and I’m impressed at every turn. Kenneth has done an awesome job directing us and BAP is just genius!” About her part, Lami adds, “I play the role of Derry Black, a sort of executive producer who works closely with Bimbo Manuel’ character Don Ceeto to groom the boys into stars.
Catch Saro, The Musical 2 at Shell Hall Muson Centre, taking place over 6 days with 13 spectacular shows lined up.